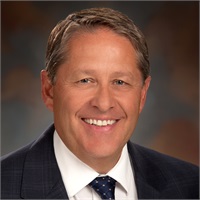 Stephen was born and grew up in the cradle of the Uintah Mountains in beautiful Tabiona. And as the saying goes, “you can take the boy out of the mountains but you can’t take the mountains out of the boy”. He still has a deep connection with rural Utah and loves to get out to their place in Tabiona Valley or wander anywhere he can in his side-by-side ATV at any opportunity.

Stephen graduated from Tabiona High School in 1978 as valedictorian and enrolled in Brigham Young University that same year. After one year at BYU he spent the next 2 years in Mexico on a mission for The Church of Jesus Christ of Latter Day Saints, where he grew to love the Mexican people and the Spanish language. Upon returning he again attended BYU. In February of 1983 he married Leisa, his wife of 33 years. Upon graduating with Bachelor of Science in Design Engineering in 1985, he and his family spent a few years working with a large civil defense company in San Jose, CA. helping the company automate their design processes. Although he loved what he was doing the pull of the Utah Rocky Mountains was just too much to ignore so he moved back to Utah in 1986. As mentioned before, you just can’t take the mountains out of the boy!

Since returning to Utah, Stephen has worked in the technology sector developing software for a number of different industries, primarily government entities. In 1999 he started his own software consulting business.

Stephen has always had an interest in helping families and individuals to better understand budgeting and finances. Although he was taught and understood the benefits and advantages of budgeting from a young age, he had to rely on financial advisors to educate hom on how to invest the savings that a budget allows for. The more he learned about the typical approach to investing from financial advisors, the more he felt that there should be a better way. There had to be a better approach to investing than just buying mutual funds and hoping for the best. In 2013 Stephen became friends with Dale Black and began to talk with him about what he did at Global View Capital Management. This was a turning point in his financial education and career. He had finally found a financial advisor who also believed there was a better way. In fact the more he learned the more he knew that he needed to become affiliated with Global View Capital Management so that he could continue to learn and, more importantly, teach others about tactical and actively managed investment strategies. And, as they say, the rest is history. Stephen got the necessary licenses and has been working with Global View Capital Management since 2014. They truly do have a better way!

Stephen and Leisa are the parents of 4 children and now have 9 grandchildren.They split their time between their home in Highland, Utah and their cabin in Tabiona Valley. They love spending time exploring the off-roads of Utah and the surrounding states in their Polaris RZR and spoiling their grandchildren every chance they get.